Irwin Adam Eydalnant is a scientist and co-founder of Future Food Studio and Bevlab. He and his peers are reinventing food as we know it. And Hogtown is lucky to have him. We spoke with Irwin about his Jewish-Winnipeg roots, creating an industry with no competitors, and schooling food and beverage giants across the world. Irwin also talked about how foodie culture is stagnating innovation,why Americans are finally looking to Toronto for ideas, and most importantly, why Jewish and Chinese food is so damn good. 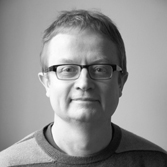 Robert Hough is a novelist and recovering Mississaugan. His fiction has been praised by all sorts of literary types, and his new book, The Man Who Saved Henry Morgan was just released through House of Anansi. We spoke with Robert about Toronto’s coming of age, the mistakes young writers make, and why developing characters is everything. Robert also talked about achieving authenticity in his work, working through moral struggles, and the best places to eat in our fair town.

Alex Josephson is an architect and designer who grew up in Forest Hill. The Ontario Association of Architects recently named his studio, PARTISANS, Best Emerging Practice. And he has a 3D printer. We spoke with Alex about his time in Italy, how the City robbed Frank Gehry of a “historic masterpiece,” and the uncanny brilliance of the CN Tower. Alex also talked about Union Station’s mind-blowing revitalization, the problem with the New Toronto School of architecture, and what Hogtown will look like in 50 years. 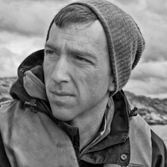 Kyle Carsten Wyatt is the managing editor of The Walrus, a doctor of English Literature, and the first American to be on the show.  He’s also Barry’s old boss. We spoke with Kyle about the agony and ecstasy of growing up in Nebraska, moving to Hogtown in his twenties, and why living in the Distillery District sucks. He also let Barry grill him about the ostensible shortcomings of Canada’s most awarded magazine, what new editor-in-chief Jonathan Kay brings to the table, and—surprise!—why Toronto is amazing. This episode is sponsored by Regal Bicycles.

Sam White is a writer living in Brockton Village. As one of Barry’s best friends and lover of podcasts, we could think of no better human to talk about Hogtown in 2014. We spoke with Sam about growing up in Roncesvalles Village, meeting Barry at the Etobicoke School of the Arts, and why Lansdowne’s ugliness makes it good. Sam also argued with Barry about gentrification, the Election, and he unveiled his three favourite Toronto restaurants. 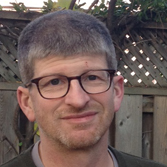 John Lorinc is a lifelong Torontonian and current midtowner. John’s words have appeared in the Globe and Mail, Toronto Star, and The Walrus, and he’s a senior editor at Spacing. John spoke with us about his Hungarian Jewish roots, how he became a Hogtown expert by accident, and what it was like to cover four years of the Fords. He also talked about being independent in a Left and Right world, whether some version of John Tory will rule Toronto for eternity, and why, despite all of our faults, he still loves Toronto.

Stephen Marche is a columnist at Esquire, novelist, and doctor of Early Modern Drama. He’s written about sex, hockey, and Megan Fox, among many things. Stephen spoke with us about his lifelong obsession with the novel, being labelled a misogynist and idiot, and why writing is not for whiners. He also talked about how Americans could give two shits about the CBC, why writing fiction takes courage, and Toronto’s future. (It won’t be boring.) 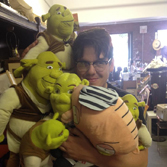 John Semley is a freelance writer living in West Queen West. The former city editor of the A.V. Club Toronto, his writing has appeared in the Globe and Mail, Toronto Star, and The Walrus. John and Barry also share the same barber. John spoke with us about why he hates self-identifying as a writer, reading for pain and pleasure, and The Onion‘s failure in Hogtown. He also talked about the fine line between being an asshole and a contrarian, NOW Magazine’s knack for survival, and why you don’t have to leave Toronto to be successful.

Chris Berube is an associate producer for CBC Radio’s Q and host of The Walrus Podcast. He’s also worked for The Grid, the Globe and Mail, Radiolab, and NPR. And he’s the former president of Humberside Collegiate Institute’s student body. Chris spoke with us about interviewing George Clinton, surviving the unpaid intern circuit, and what makes a great podcast. He also talked about working on one of North America’s most renowned radio programs, and the unknown future of journalism in Toronto (and everywhere else).