Keith McManamen is a strategic analyst with Psiphon, a Hogtown-based company that circumvents Internet censorship around the world. Keith is also a member of the growing University of Waterloo alumni to have graced this show with their time. We spoke with Keith about fucking with repressive governments, violating sovereignty, and the Internet as a moral entity. We also talked about how the United States is spying on us, how the media has become Orwell’s Ministry of Truth, and the Privacy V. Convenience dilemma.

Travis Myers is a writer, panelist, and LGBT activist whose work has appeared in several Hogtown institutions. Travis is also hilarious and enjoys wine, which makes him a perfect guest for this show. We spoke with Travis about growing up religious and gay, fetishizing the act of argument, and the Village’s past and uncertain future. Travis also talked about why we don’t see more penises in movies, John V. Olivia, and learning to love Toronto—begrudgingly. 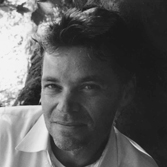 Desmond Cole is project coordinator at City Vote and a staff writer for Torontoist. Most notably, Desmond covered the Ferguson protests following a grand jury’s choice not to indict white police officer Darren Wilson in the killing of black youth Michael Brown. We spoke with Desmond about the resolve of Ferguson’s protestors, whether it’s possible to be an objective reporter in the face of tragedy, and how many people can’t seem to admit that they’re scared of black people. Desmond also talked about how blogging led to his career in journalism, Toronto’s denial of its own systemic racism, and still, why Hogtown is an amazing place. 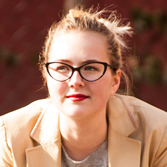 Morgan Baskin is a Corktown resident who ran for mayor of Toronto when she was 18 years old. Morgan’s 19 now, and though she didn’t win the election, she’s still committed to making Hogtown a better place. Morgan spoke with us about protesting Mike Harris as a toddler, overnight fame, and how being a public servant is anything but private. She also talked about how she hates issue-based campaigns, debating Doug and Olivia, and what she plans on doing now that the circus has left town.